Recently, I met and had a very illuminating meeting with Professor Victoria Budson, Founder and Executive Director of the Women and Public Policy Program at the Harvard University Kennedy School of Government. Budson was named one of CNN’s Ten Visionary Women of 2014 and she serves on the US State Department steering committee of the Women in Public Service Project, advises the Obama administration on policies designed to close gender gaps, and chairs the Massachusetts Commission on the Status of Women. She also sits on the Gender Policy Forum of “Soon to be President” of the United States, “President” Hilary Clinton. She is in charge of the “From Harvard Yard to Oval Office/White House” Course in our MPA Program too and I’m truly hopeful for a Collaboration with Harvard that should see us being able to replicate this Program in Nigeria as well soon. 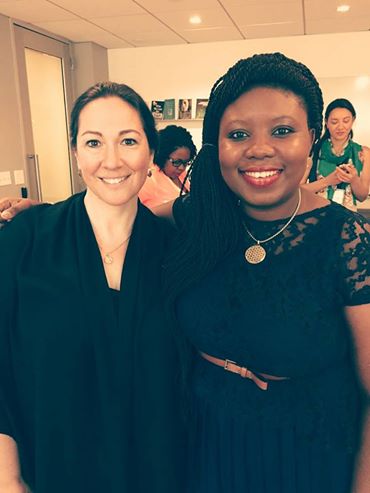 Theresa May is set to be Prime Minister of Britain. Serena Williams redefined “Legendary” with a Solid Win last week.

Fadumo Dayib is running for President in a complex country as Somalia, Chimamanda is thinking in the spirits and writing in Flesh consistently scripting only World class material and then I heard yesterday that back home, a badly raised, turn coat, corrupt low life Politician who remains one of the most shameful representations of the Nigerian Legislature threatened to beat up a Woman, Wife and Mother, Remi Tinubu in the Senate. He’d said “I will beat you up on this Floor and Nothing will happen”.

These are the men whose brains are in their balls and whose significance and validation is derived from how much they are able to pummel and put Women down. 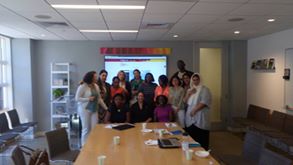 But Dino should not be allowed to walk the streets Free anymore. This is a Man who beat up his Wife and Mother of his 3 Children mercilessly with a belt and stick, left her bleeding, seized her children and told serial Lies against her but Society has forgotten so soon and as a reward, his people in Kogi State voted him as Senator in 2015.

Rwanda has the highest Women Representation in Public Service in the World. An African Country for that Matter.

2019 will be the Year of Women and Youth in Nigeria.

We don’t even need anybody to give any Power or opportunity to us. The Power belongs to all of us. We will seize the moment.

Youth are not too young to run. Women must dare to Compete.