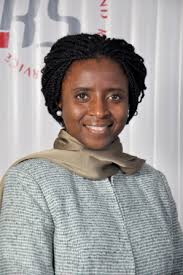 Born on December 10, 1962, the fourth of five children and the only girl; Mrs. Ifueko M. Omoigui Okauru, MFR would in the 54 years that has followed stamp the acknowledgment of her presence on the world’s mind, bestriding it like a colossus.

She attended Queen’s College, Yaba and Federal Government College, Warri for her secondary education. Then onward to the University of Lagos where she bagged a First Class Degree in Accounting, and also the best result for her graduating class, winning in the process, the highest number of prizes ever won by any individual in the Faculty of Business Administration.

She then proceeded to Imperial College of the University of London for a Masters of Science Degree in Management Science, and the Harvard Kennedy School of Government, Cambridge, Massachusetts, USA.

Her Winning Streak in the Corporate World

She is a member of the Executive Committee of Women in Management, Business and Public Service (WIMBIZ), and did research work with the Harvard University Faculty of Arts and Science as an Associate Researcher in Leadership, Social Enterprise, Culture and the Nigerian Nation.

Her experience, thus listed, is truly evident of an astute professional who knows her onions in her field of passion, be it in academia or the corporate milieu.

A firm advocate of finding reasons to give back to the country of your patrimony, she scoffs at the idea of setting base on foreign shores despite having such prospects due to her sheer brilliance and the familiarity of kin in these places. Passion for her fatherland no doubt influenced her campaign to champion tax reforms and the modernisation of the Nigerian tax administration system for the eight years she was in the saddle (2004-2012).

During her tenure, she spearheaded comprehensive tax reforms that led to development of a national tax policy for the very first time which led to growth in annual tax revenues, amounting to over US$15 billion as at 2009, as well as the development and implementation of a tax reform agenda to improve the funding quality and effectiveness of tax administration in Nigeria.

2. Drafting and Ratification of Tax Laws

She oversaw the modification of nine principal tax legislation, four of which were passed into law, these being:

She also coordinated the implementation of a national tax database, including the Tax Identification Number, TIN. Four other bills – including the Petroleum Profits Tax Act – with considerations to graft it into the Petroleum Industry Bill (PIB), currently before the National Assembly.

She enjoys singing, dancing and solving problems, and is happily married to Asishana B. Okauru, a man she admits is “one of the best things that ever happened to her, her friend, her worst critic and her best admirer.” Together, they are parents of four children – Clara, Michael, Samuel and Nete. 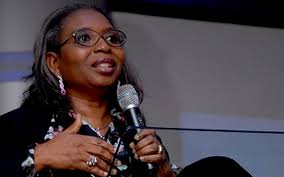 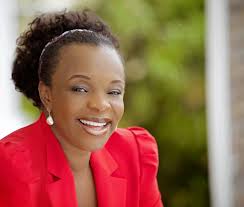