Every year since 2011, extraordinary and inspiring African women, aged 45 and under, who are making the most dramatic impact in individual African countries in the world of politics, business, technology, policy, diplomacy and media for the annual tally of the 20 Youngest Power Women In Africa have been enlisted in Forbes. Now it is the  4th year, the list celebrates 20 influential female leaders, groundbreakers and ceiling crashers who are transforming the continent from their different communities, changing the world around them and impacting young lives.

There were over 700 nominations across Africa and I am one of  the 20 Youngest Power Women in Africa who are resolute in their resolve to change, to build, to inspire and transform the world.  We are out there making it happen. We are change makers, trendsetters, visionaries and thinkers, builders, and young global leaders. We are at the vanguard of Africa’s imminent socio-economic revolution and its contemporary renaissance. 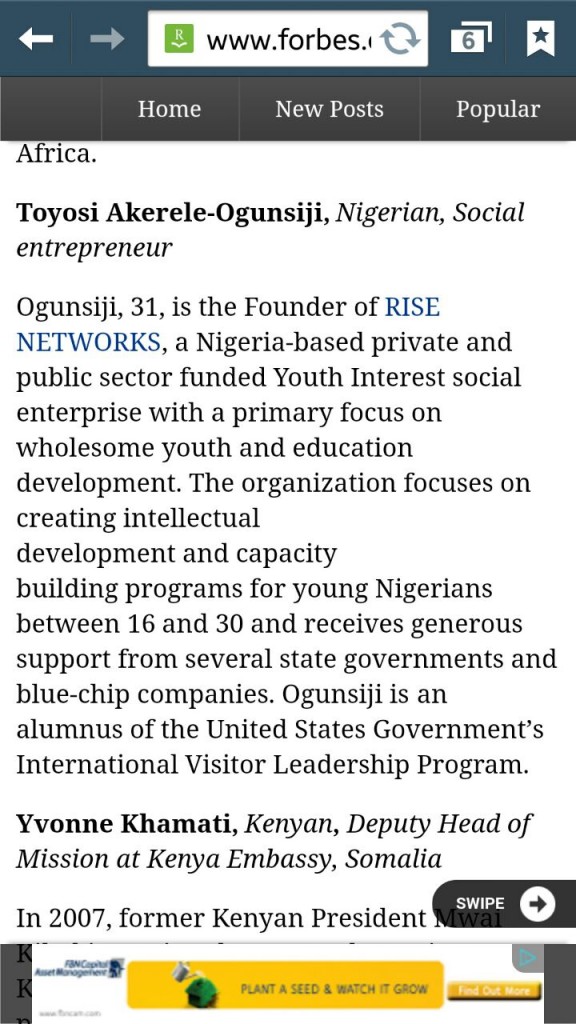