If I got a kobo for every time I heard how unemployable Nigerian graduates are, my wealth would today be in the billions. This fact of our national life is just as trite as it appears intractable – it’s a hot topic on everyone’s lips from the employment specialist to the man on the street, yet no one seems bothered enough to do anything about it.

So the above-painted picture may appear to the average Nigerian, but not to Unilever Nigeria Plc, who rather than complain about the low level of skills of entry level job applicants has decided to do something about it, even before students become graduates. If your shoulders are shrugged in a non-committal fashion at this point to Unilever’s intervention, I can assure you that they wouldn’t be by the time I have introduced to you the IdeaTrophy Competition of which I was a Guest Mentor late last year. 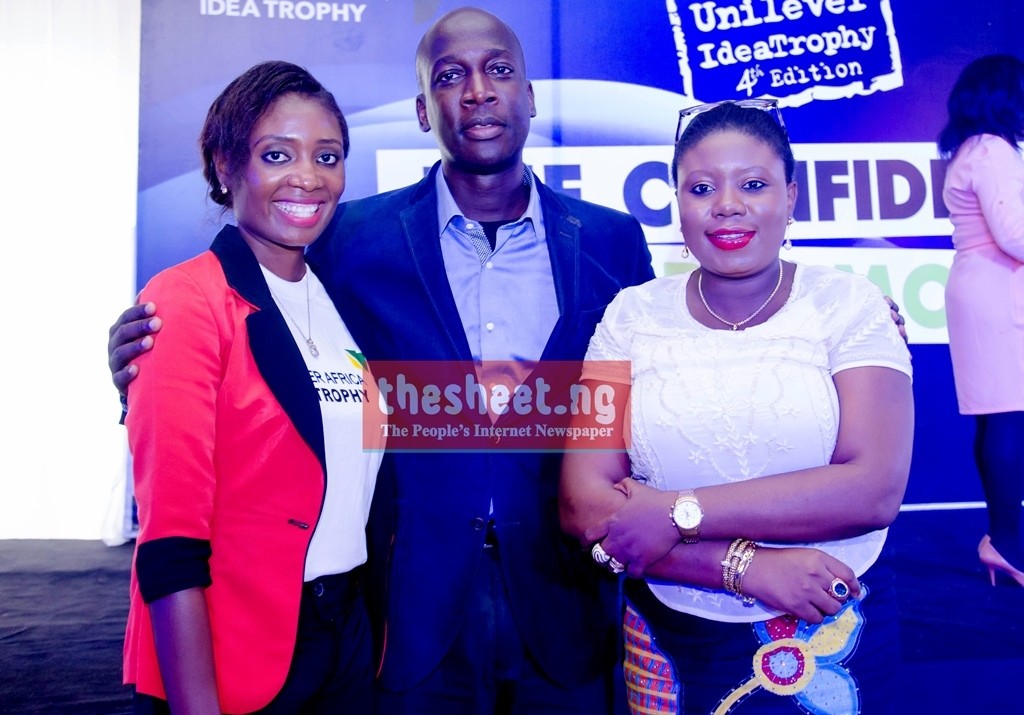 IdeaTrophy is most assuredly the foremost leadership and business challenge programme for university undergraduates. It is designed to prepare undergrads for life beyond school by equipping participants with real-life experience on working with global brands, yet not just left alone to their own devices, they are put under the tutelage of thoroughbred professionals, while their ideas compete for relevance as is the case in the real world. It takes participants on a journey from idea generation to strategy development, then presentation.

Prior to this internship, contestants are asked to submit ideas relevant to Unilever brands. The most creative ideas are selected and their originators are provided with tools to enable them refine and expand on these ideas.

A fine tooth comb is passed through these ideas for enhanced refinement, but before this is achieved, the selected students, who work in teams, are assigned mentors like me to help them fine tune strategies and other such issues that will bring their ideas to fruition. These students then compete with each other, usually in the form of live presentations, while the winners are awarded sumptuous gifts. I am sure you would agree that tablets, mobile phones, and an all-expense paid trip abroad fit the definition of sumptuous! There’s a boot camp, also known as a U-Camp, another of the many surprises for me as a first-time mentor. Here, I met with my mentees for the first time, and the gravity of the whole affair became even more palpable. 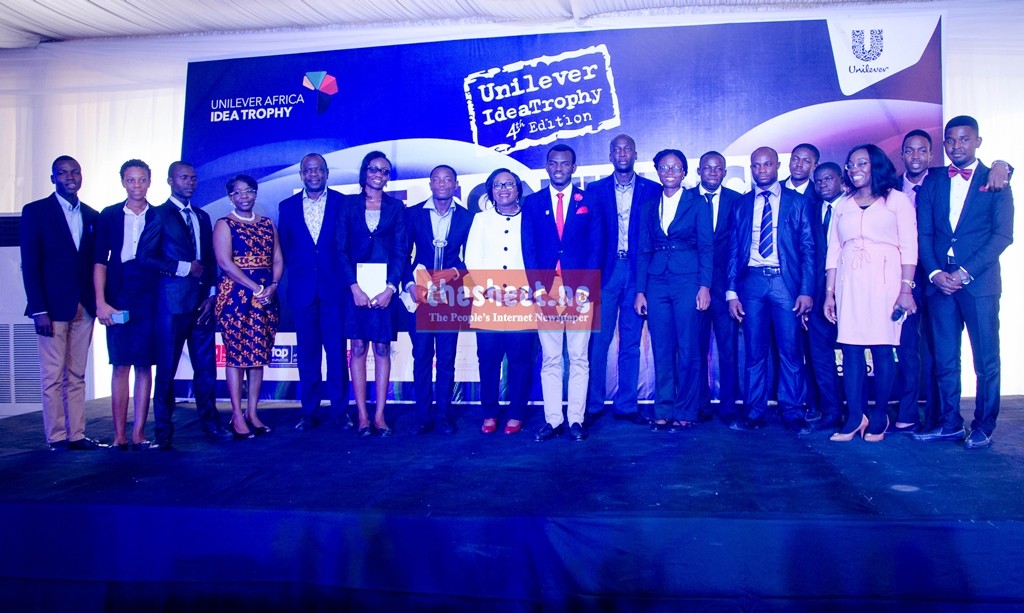 In all, 36 contestants from across the country, over half of whom had been flown down to Lagos were put up in a 3-star hotel also in Lagos. Joining me in mentor duty were such notable names like Lanre Olusola, Femi Mowaiye, Aruosa Osemwegie and Aigbe Igunma.

My education would continue as I learnt that the bootcamp had been tagged Camp Confidence by Rexona™ who were also sponsors, and that it was billed to be an intensive preparation for the contestants. That in addition to mentoring, they would also receive a series of business and leadership lectures facilitated by Unilever directors, managers and external faculty members.

That research, data analysis, brand development, marketing, adroit presentation skills, discipline, attention-to-detail, and self-confidence would become to them like milk to a growing babe; that they would be expected to exude these skills and characteristics as expected of future business leaders that they were being groomed to be.

In addition, booths were setup, with Unilever employees tasked with vetting CVs of audience members, as they conducted mock interviews.

Then the end, when the six finalists took to the stage as they battled for 1st prize in a keen competition of creativity, strategic planning and poise. 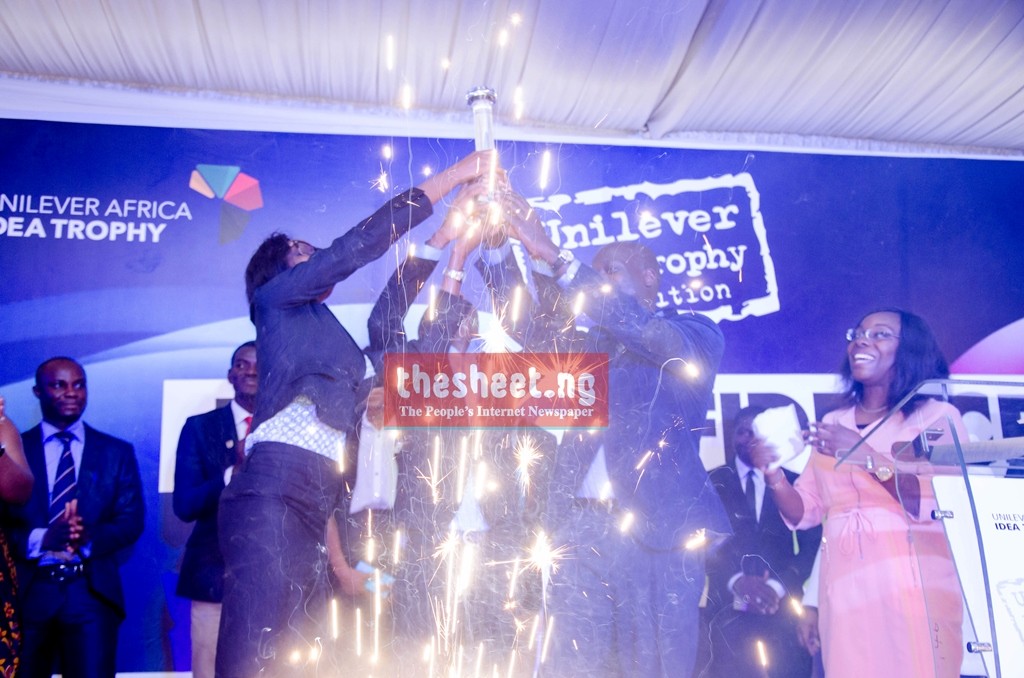 But there was even more in the bag of glad tidings. It wasn’t a winner-takes-all affair as Teams Blueprints and Apex will both travel to South Africa to represent Nigeria in the Africa Idea Trophy Regional Finals, and if perchance they win, they shall then head on to London where they will represent Africa at the Unilever Global Future Leaders League!

With us reaching the end of our walk together, do you think that initiatives like IdeaTrophy can make any difference?

My honest opinion will be a big and emphatic Yes, absolutely! And to corroborate my answer, while speaking with one of my mentees, who herself is a beneficiary of our Programs at RISE NETWORKS, she informed me that she was one of the winners of the first ever IdeaTrophy competition held in 2011, a thing she avows contributed to her graduating with a Second Class Upper degree. How?

The experience was for her like an epiphany, because prior to entering the competition, she was floundering academically, struggling along with a Second Class Lower degree, until she decided she could do better than that, and her worldview changed forever.

And to give this recount of my experience an even happier ending, the contestants are not the only ones who benefit from the programme, Unilever also gets something out of it. At present, four of their full-time employees and two interns are former winners of the IdeaTrophy competition.

The takeaway for me rings loud and clear, “Doing good is Good for Business.

Corporate Nigeria has a big role to play in not only employing, but also contributing to the employability of Nigeria’s youths.

They must realise that simply complaining about perceived ills just won’t cut it, except they do something about correcting it. Corporate sponsorship of reality TV shows is not terrible, but there is something even better that can be done with those monies. We are not a singing and rapping generation and I am worried at the spate at which Nigerian Businesses sponsor and support Big Ideas and Solutions Borrowing a leaf from Unilever and investing in initiatives that directly contribute to the development and empowerment of the youth is one of such.

And it is on this note that I say to Unilever Nigeria, it was a rare privilege and a double honour to have been a part of the 2015 IdeaTrophy, it ranks right up there with the stars, and it is my hope that you continue to do the great and inimitable work of creating the bright future that we want for tomorrow’s leaders. This is not to condemn or rubbish the efforts of other stakeholders within Corporate Nigeria but to encourage them to invest meaningfully in the successor generation without being overly obsessed with profit and with the foresight that in the coming years, the Nigerians that you expect to run your businesses may unfortunately be ill-prepared and ill-equipped. 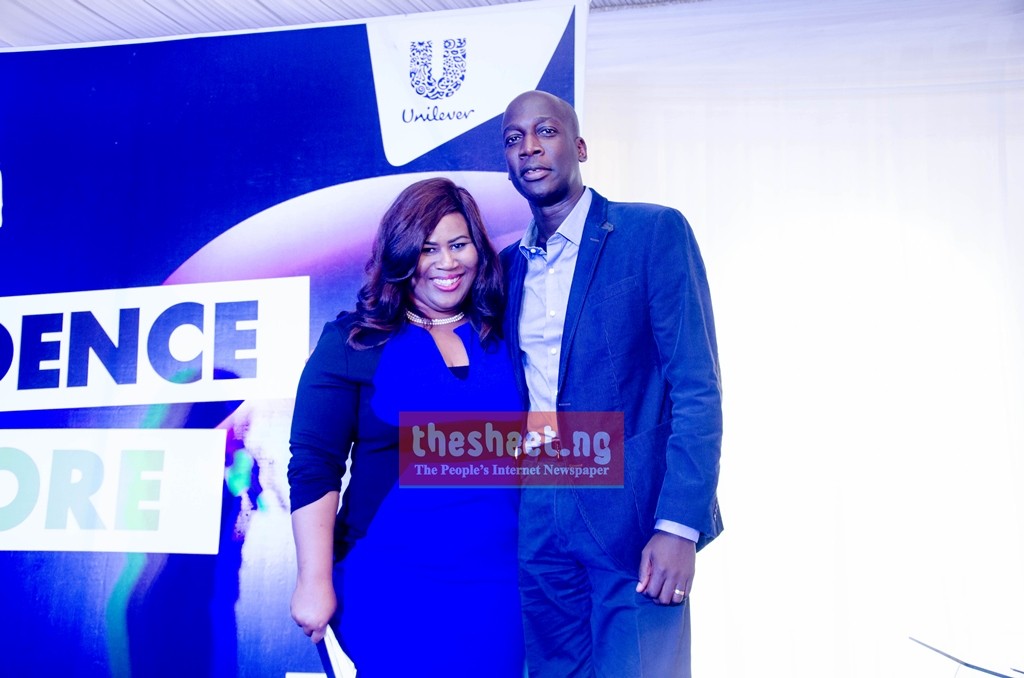 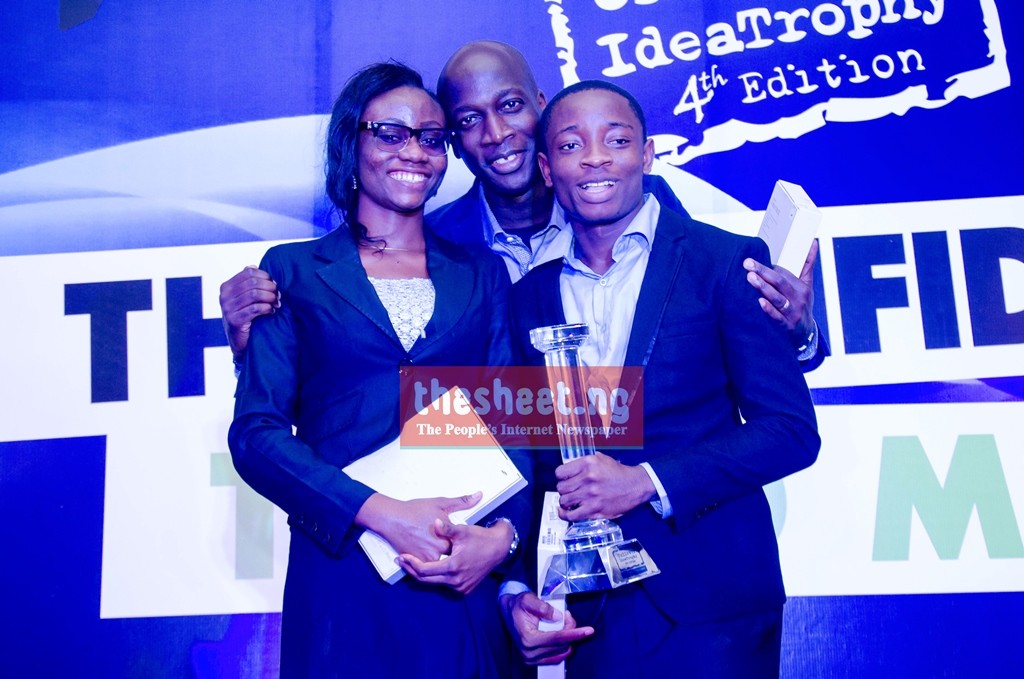 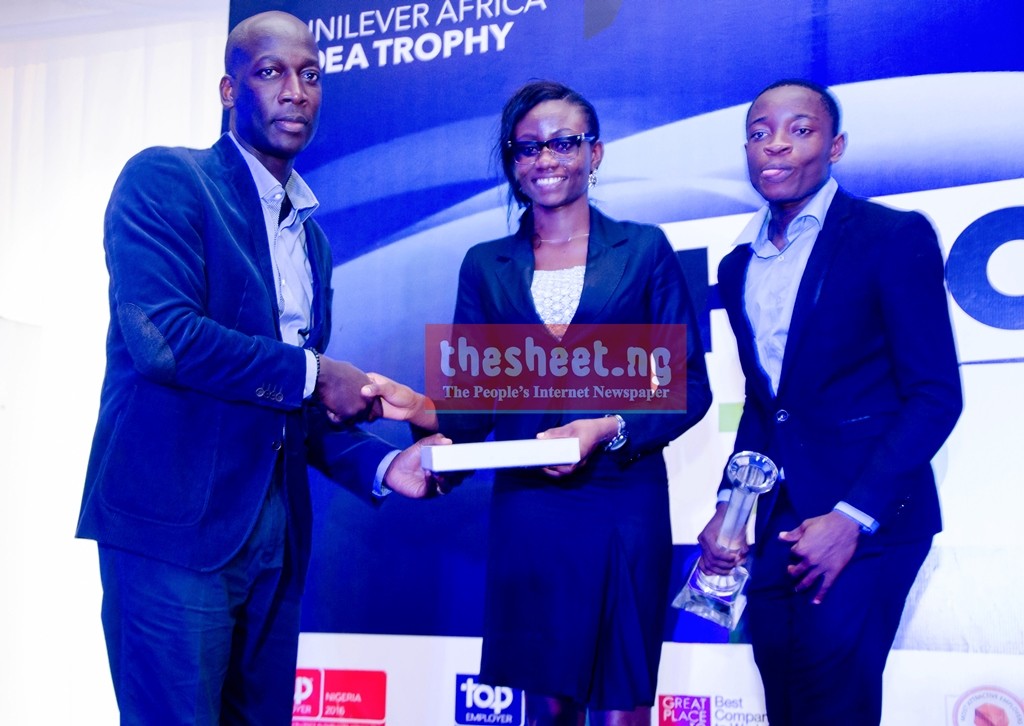 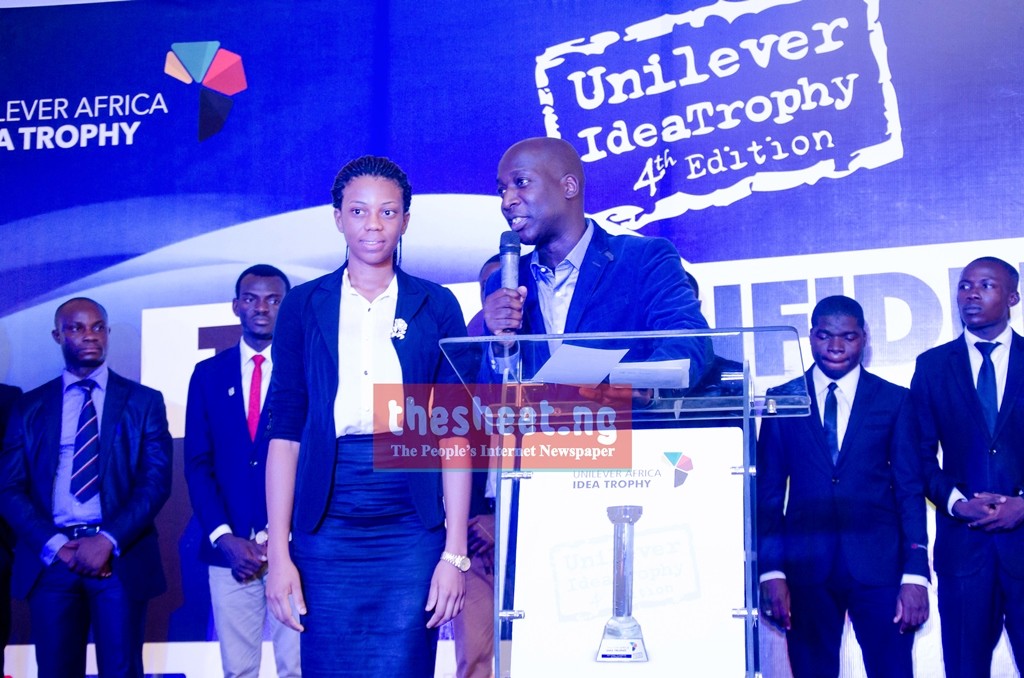 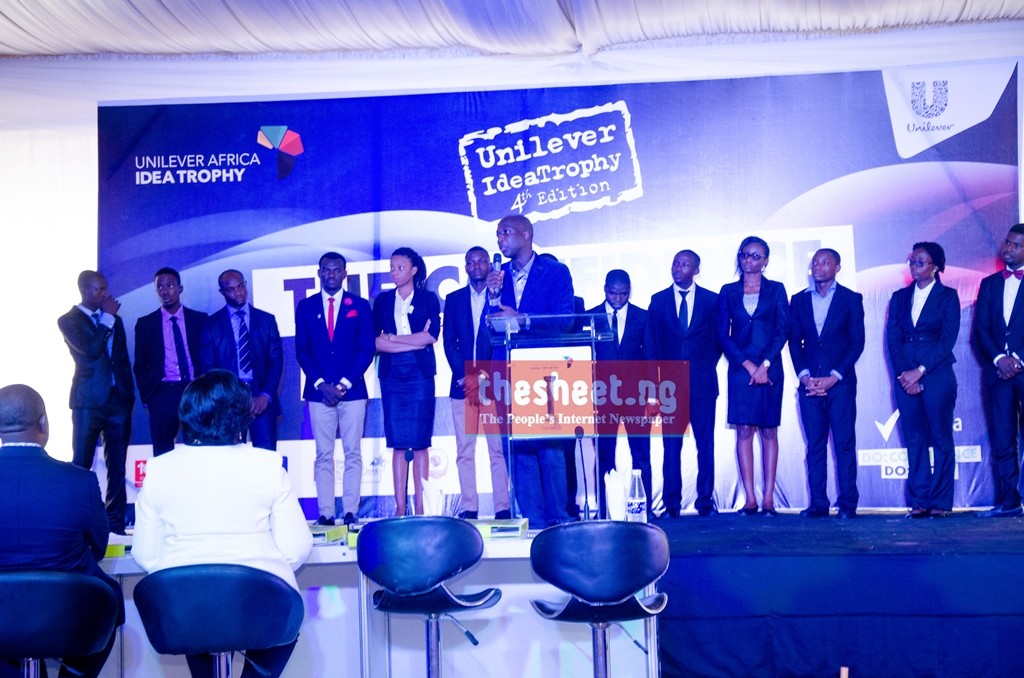