Take a close look at these Photos.
The King of Thailand, King Bhumibol Adulyadej passed on at 88years old last week. He ascended the Throne 70 Years ago and he was the world’s longest reigning monarch before his death.
Thai Citizens from up hill and down dale have been paying tribute to his memory with Flowers, Candles and Photographs around Harvard since last week. I’m told the hospital in which he was born is now the Charles Hotel right behind the Taubman Building of Harvard Kennedy School on Mount Auburn Street.
I was particularly inspired by the confession on the Black Tablet under the Wreath that states: 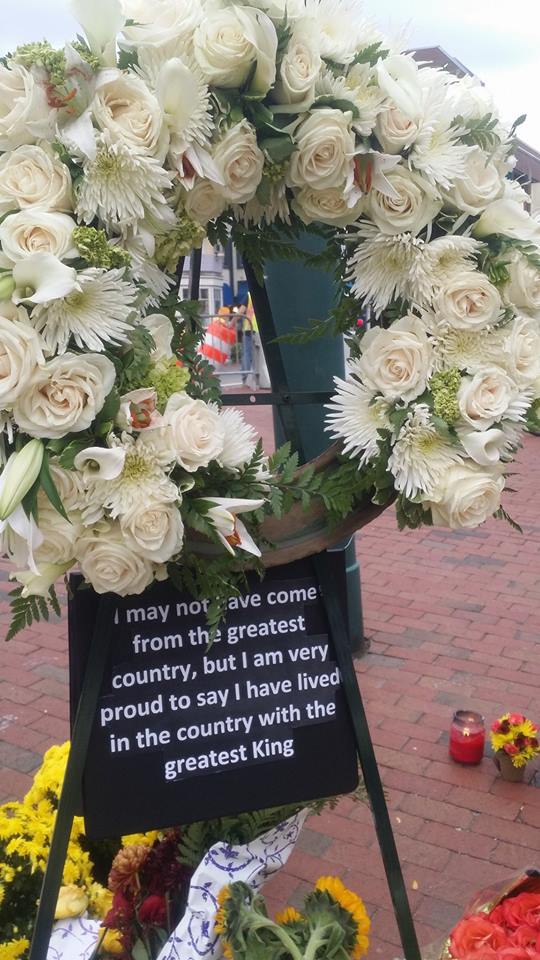 CNN reports that “Some outside the hospital said they didn’t know where else to go for comfort, and many said they had hoped he would live to 120. Many in the crowd prayed, sang the royal anthem and repeatedly shouted, “Long live the king.” 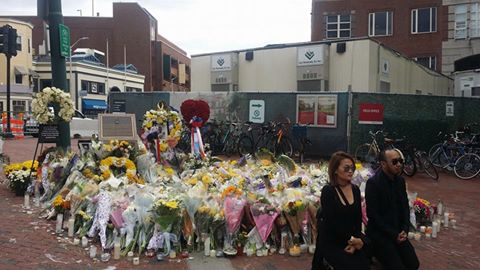 As I walked home from School yesterday, I appraised my Life and ruminated under the night’s sky-

That we may live our lives in a way that’s remembered for good.
My thoughts are with my Friend and Classmate, Kate Hathirat Long Live the King my dear.
TAO.